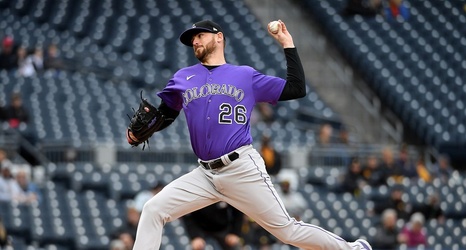 Fans are filling up Coors Field, brooms in hand. A Rockies win this afternoon would cap off two consecutive series sweeps at home—and would extend Texas’ road losing streak to 15.

The Rangers will call upon Mike Foltynewicz this afternoon, riding high with a 1.29 ERA over his last 14 innings. It comes with a season figure of 4.31, however, and his strikeout percentage of 16.9 is well below the league average of 24.2. Denver’s thin air could soon pose a challenge for an arm that largely relies on contact; Foltynewicz’s last outing in Denver came on August 16, 2017 where he allowed eight earned runs in 3 1/3 innings.