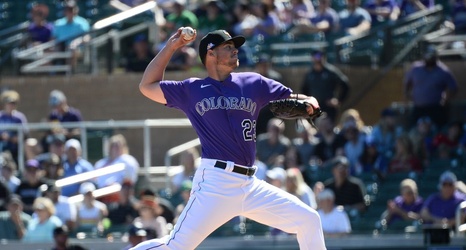 The Colorado Rockies, trying to keep the Giants from winning their 100th game this season, will rely on Peter Lambert as he makes his first major league start since 2019.

Lambert (0-0, 0.00 ERA) has been out of action due to a Tommy John surgery. In his recent rehab starts in the Rockies’ minor league systems, he had up-and-down success, interestingly had more success at the higher levels than the lower. Through four starts at High-A Spokane, the 24-year-old righthander had an ERA of 5.87, alarmingly walking six batters in his seven 2⁄3 innings.