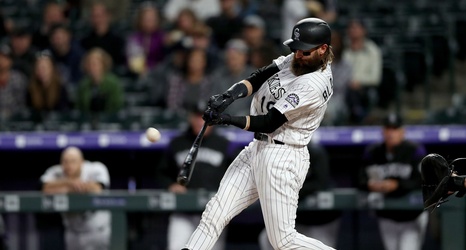 Related Topics: Colorado Rockies, Charlie Blackmon, anomaly, However,, As I

As I was sorting through some of the Colorado Rockies‘ numbers on baseball-reference.com (the best site for stats, hands down, in my opinion), trying to find any sort of trend that could help explain the up-and-down first month of the season, I stumbled upon an anomaly. It was a statistic that had no reason or explanation for its being. Charlie Blackmon is hitting better in games in which the Rockies have lost rather than games in which they have won … and by a wide margin.

After 34 games this season, Blackmon’s batting average is sitting at a healthy .