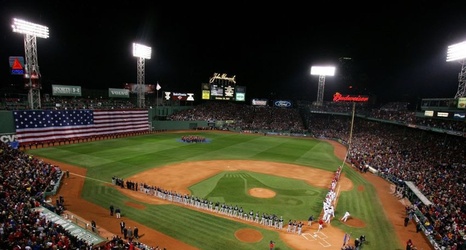 BOSTON - OCTOBER 24: The Colorado Rockies and the Boston Red Sox stand at attention as the National Anthem is played before Game One of the 2007 Major League Baseball World Series at Fenway Park on October 24, 2007 in Boston, Massachusetts. (Photo by Jim McIsaac/Getty Images)

It was 13 years ago tonight that the Boston Red Sox and Colorado Rockies met in Game 1 of the 2007 World Series. The first inning of the contest, as it turns out, would be set the tone for the entire matchup.

When the Colorado Rockies took the field at Fenway Park on October 24, 2007, it had been nine days since the Rockies finished off a sweep of the Arizona Diamondbacks in the National League Championship Series to punch their ticket to the franchise’s first-ever appearance in the Fall Classic.