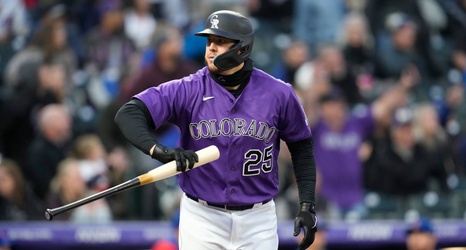 The Rockies signed C.J. Cron off the free-agent scrap heap last February, on a prove-it minor-league deal where he had to compete for both a roster spot and the first base job.

And prove it he has done.

Since coming to Colorado, Cron’s established himself as the team’s premier power hitter. The right-handed slugger who led the Rockies with 28 homers last year blasted two long balls on Saturday night at Coors Field, pacing the home team to a 9-6 victory over the Cubs.