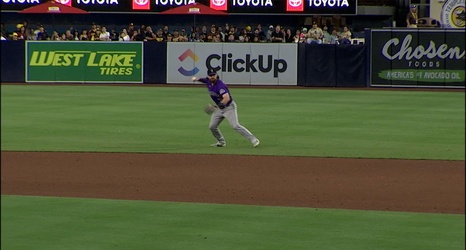 As late as February of 2020, Brendan Rodgers was the consensus Rockies top prospect. As a high schooler, he drew comparisons to Carlos Correa and had potential to go first overall. The eventual third overall pick in the 2015 then went straight to the top of prospect lists and stayed there as he worked his way through the minors.

Eighteen months after that prospect report, Brendan Rodgers has officially arrived and is establishing himself as a star. His offensive stats have been impressive - his OPS of .774 ranks second on the team, behind recent All-Star CJ Cron - but it’s defense where he’s made his biggest steps.