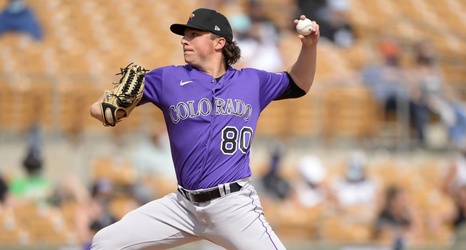 The list, led by Zac Veen, was about what you’d expect. Ryan Rolison, slotting in at number four, was the only pitcher on the list, and the majority of players included ended last season at High-A or lower. The Rockies have one of the lower ranked farm systems in the MLB, and those who are ranked are still a ways off of the bigs.

In the article linked above, BA also released their prediction on the Rockies 2025 lineup, reproduced below.