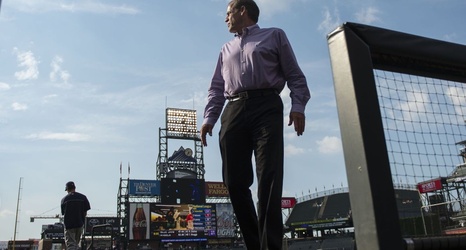 The following is a parody of Charles Dickens’ “A Christmas Carol,” with Dick Monfort playing the role of Ebenezer Scrooge. My apologies in advance for the length, but once you try to impersonate Dickens, long stories are the result.

As dark snow-filled clouds descended on the Mile High City, Dick Monfort locked up his offices at Coors Field. It was quiet at the stadium, one considered to be a treasure in Denver that could draw in thousands upon thousands of fans each summer, regardless of anything he did or didn’t do. As he gazed out on the empty diamond, he smiled the way multi-millionaires do when they revel in their own abilities to fail upward.