Rockies Trade Rumors: 3 Things To Know Before The Deadline 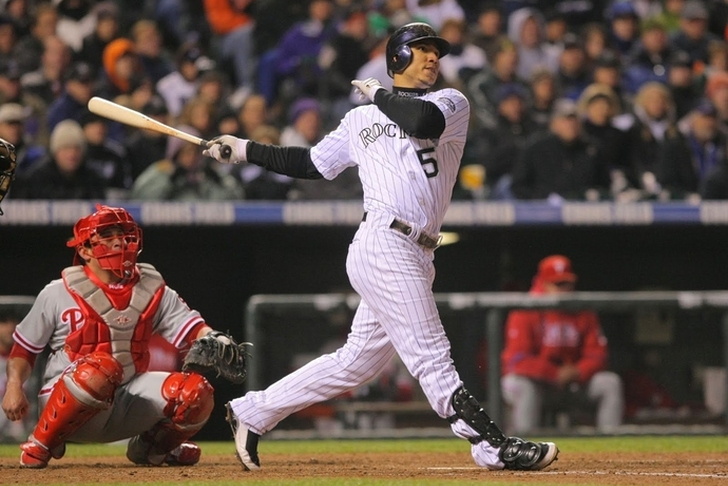 The hours are ticking down in advance of Friday's 2015 MLB Trade Deadline, and there's plenty of intrigue to go around surrounding all 30 MLB teams -- ESPECIALLY the Colorado Rockies. With that in mind, here's our Rockies Trade Rumors: 3 Things To Know At The Trade Deadline.

Dave Gersham of the New Yorker cites one major league owner who believes the Rockies would have to include one of their top prospects, David Diehl or Ryan McMahon, in order to offload the recently-acquired Jose Reyes' massive contract.

There has been speculation that the New York Mets, who are scouring the entire trade market for impact bats, could be interested in a Reyes reunion at Citi Field. However, Jon Heyman of CBS Sports reports that the Mets have "no interest" in such a deal.

Reyes, 32, has seen his production both at the plate and as a base stealer taper off dramatically in recent years. He's due $22 million each of the next two years with a club option in 2018 for the same amount.

“I don’t know any of these dudes we got,” Arenado said of the pitching prospects included in the recent Troy Tulowitzki deal with the Toronto Blue Jays. “But I think if we were going to trade Tulo, I would think it would be for an ace, an established veteran pitcher. Obviously we are starting to rebuild from the ground up.”

Arenado, 24, will enter his first year of a three-year sequence of arbitration years right before next season.

Rockies Waiting On Carlos Gonzalez Deal Until After The Season?

A source familiar with #Rockies thinking believes they're more likely to trade Carlos Gonzalez this winter than this week.

Gonzalez's torrid July and 2 years of contractual control (at total cost of $37M) have driven the price sky high. #Rockies