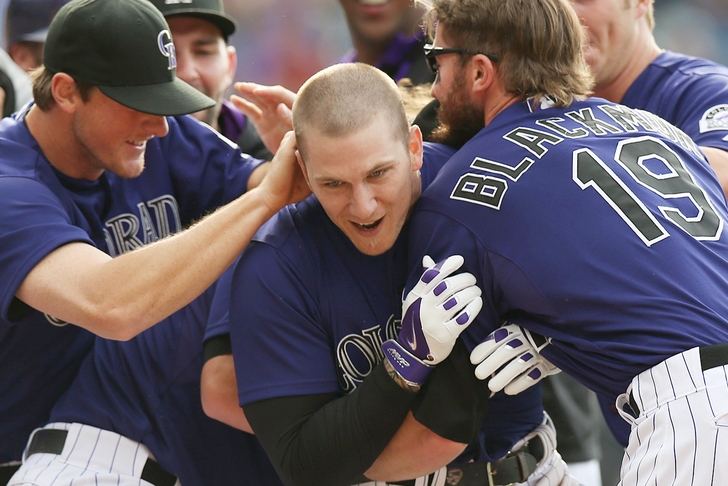 In today's Rockies trade rumors and news update, the Colorado Rockies could end up as one of the most active sellers before the July 31st non-waiver trade deadline if they decide to enact a full-scale rebuilding project.

Here's Bryan Kilpatrick of Purple Row with several names to look out for in potential trade talks:

We've outlined the possibility of the Rockies dealing bench depth such as Brandon Barnes, platoon-starters like Drew Stubbs and even the team's current best starting and relief pitchers, Jorge De La Rosa and LaTroy Hawkins. Barnes, Stubbs and Hawkins are sell-high candidates and should be seriously considered as tradeable chips by the front office. Charlie Blackmon falls into that category as well, though the Rockies would be more reluctant to part with him, even though he might be the biggest sell-high candidate of them all, because of his All-Star and homegrown status.

Kilpatrick also names top bats such as Justin Morneau, Troy Tulowitzki, and Carlos Gonzalez as potential trade assets, but deem them "less likely" to move in the next two weeks.