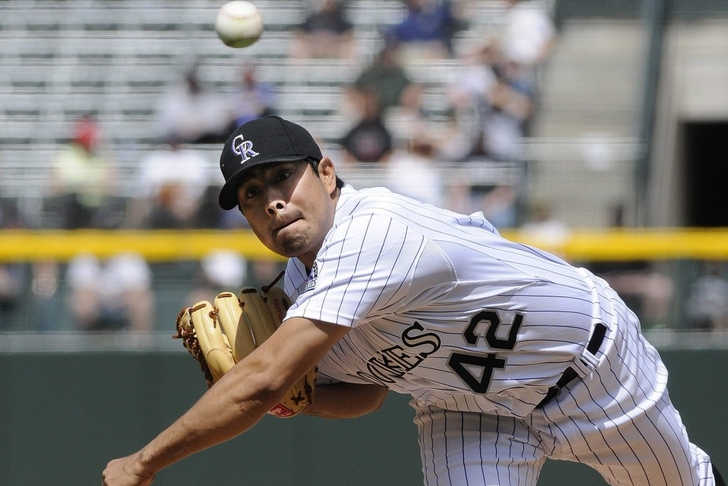 In today's Rockies trade rumors and news update, the Colorado Rockies' asking price for current ace Jorge De La Rosa might be too high for potential trade suitors such as the Baltimore Orioles for the time being.

According to Bryan Kilpatrick of Purple Row (via information obtained from MLB.com's Brett Ghiroli, the Rockies demanded that top Orioles pitching prospect be a part of any prospective deal for De La Rosa.

As reported by Kilpatrick, "Baltimore balked at the Rockies' demands, which have not lowered much, per Ghiroli, and the Birds are now exploring other options.

The Los Angeles Angels, New York Yankees, and Pittsburgh Pirates could also be in the mix for a potential trade, but the Rockies are adamant about extracting maximum value out of any trade involving the 33-year-old southpaw - demands which could derail potential deals before they begin.

If that is the case, the Rockies will likely extend De La Rosa a $14 million qualifying offer this winter. If he declines, the Rockies will be privy to a draft pick and De La Rosa would walk to free agency. However, there is a good chance he'd accept and return to Colorado - functioning as an enticing trade chip once again heading into next year's deadline.