Rockies Rumors: Troy Tulowitzki trade update, Mets just one of several teams who have checked in 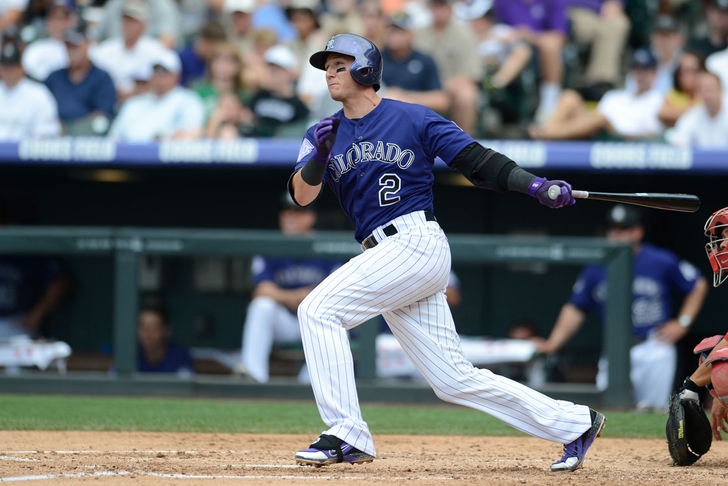 The Colorado Rockies and New York Mets have been in preliminary trade talks for awhile now on Rockies shortstop Troy Tulowitzki, but a source cited by Ken Rosenthal of FOX Sports believes there's just a 5-10% chance that a deal actually gets done.

If not the Mets, who else could be in on Tulo? Jon Heyman of CBS Sports presents some options below:

It isn't known how many other teams could be involved with Tulowitizki at this time, though the Mariners are known to be one of several to have checked in at some point this winter, and at least the Red Sox, Cardinals and Yankees have expressed at least some interest at some point over the past calendar year. It is known Tulowitzki would not favor a trade to Seattle, though that may not matter now as the Mariners' major winter shopping may be nearly finished and they are making it clear they have no interest in trading either of their two prized young pitchers -- Taijuan Walker or James Paxton.

In truth, the Rockies may have just two options this offseason - trade him to the Mets or keep him as their starting shortstop heading into spring training. Stay tuned.