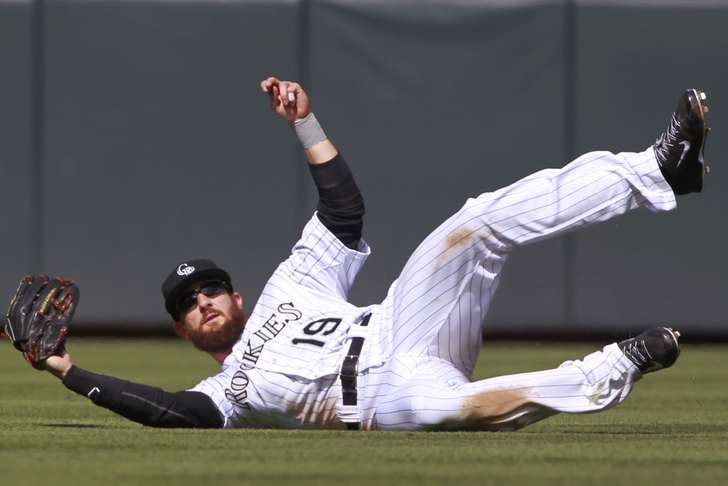 The Colorado Rockies are in need of reinforcements on the pitching staff, and are dangling outfielder Charlie Blackmon in trade talks in pursuit of finding some help via the trade market.

Per Jon Paul Morosi and Ken Rosenthal of FOX Sports, "sources say the Rockies have discussed outfielder Charlie Blackmon -- an All-Star last year -- in trade talks with multiple teams. Rockies officials believe they can trade Blackmon for a starting pitcher and replace Blackmon with a free-agent outfielder -- in this case, using the Coors effect to their advantage."

The Rockies have been unable to lure a free-agent pitcher to Coors Field partly because of the negative stigma pitching at such an altitude has garnered around the league.

Thus, the Rockies could work with a team in need of outfield help such as the Atlanta Braves, Texas Rangers, Baltimore Orioles, and Chicago Cubs to find a starter to plug in for the 2015 season and perhaps beyond.