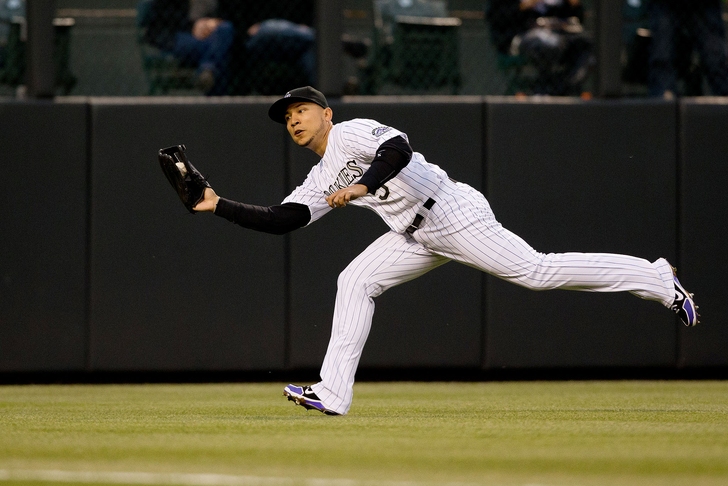 The Colorado Rockies' offseason was littered with trade rumors surrounding star shortstop Troy Tulowitzki, but it's Tulo's middle-of-the-order counterpart who's currently the subject of speculation.

According to the Boston Globe's Nick Cafardo, outfielder Carlos Gonzalez is a name to watch as we get closer to the July 31st MLB trade deadline:

Troy Tulowitzki isn’t the only Rockies player who could go. Gonzalez has gotten off to a poor start, but his winning three-run homer last week may pick up his game and improve his trade value. Gonzalez is another favorite of owner Dick Monfort, and another player who could bring a good haul.

CarGo currently sits below the Mendoza Line with a .197 batting average -- 93 points below his career mark of .290. However, he's shown signs of getting his hitting stroke locked in, and that could be enough for a contender to mortgage some top prospects in order to obtain him via trade.