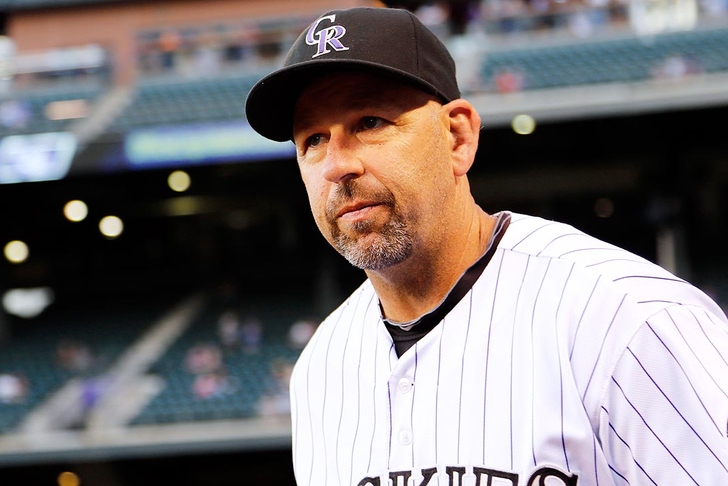 The rest of the teams in the National League West may have been active in free agency and the trade market this offseason, but Colorado Rockies manager Walt Weiss says the Rockies felt it would best to stand pat in the face of adversity.

"At the end of the day we felt like we didn't need to blow this thing up," manager Walt Weiss said on MLB Network Radio recently.

Colorado decided not to trade away coveted stars such as Troy Tulowitzki and Carlos Gonzalez this offseason, opting to stick with the core that has missed the playoffs the past five seasons.

However, with better health and better luck, Weiss is of the mind that this group is due for a turnaround.

"The thought, really, throughout the organization was that three, four tough years in a row, there's no way around it," Weiss said. "We felt like our star guys, guys like Tulo, CarGo, are still in their prime. It's not a situation where we felt our stars were getting old and we had to reload."

He also pointed to the team's cache of young players, believing that they're ready to turn the corner all the way in 2015.

"We've got some young guys who have really established themselves over the last couple years, (Nolan) Arenado, (Charlie) Blackmon and (Corey) Dickerson. (DJ) LeMahieu won a Gold Glove," Weiss said.

"We feel like there's a window of opportunity here."

Colorado finished at 66-96 in 2015, two games ahead of the cellar-dwelling Arizona Diamondbacks in the NL West.