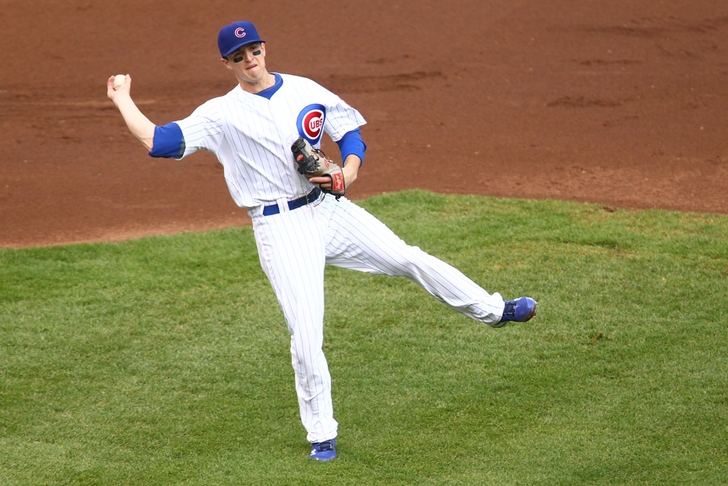 The Colorado Rockies have signed corner infielder Josh Vitters to a minor league contract, per a report by Baseball America's Matt Eddy:

Vitters, 25, was taken third overall in the 2007 MLB Draft by the Chicago Cubs, behind the selections of David Price and Mike Moustakas. He would make his major league debut with the Cubs back in August of 2012, but looked overmatched against MLB pitching while posting a .395 OPS in 109 plate appearances.

Those struggles have translated over to his minor-league work, as he hit just .213/.268/.339 in 404 plate appearances for the Cubs' Triple-A Iowa affiliate.

Vitters is still very young and won't be arbitration-eligible until the 2018 campaign, so the Rockies aren't risking much for what could be a solid reward if he can figure out his swing once again.