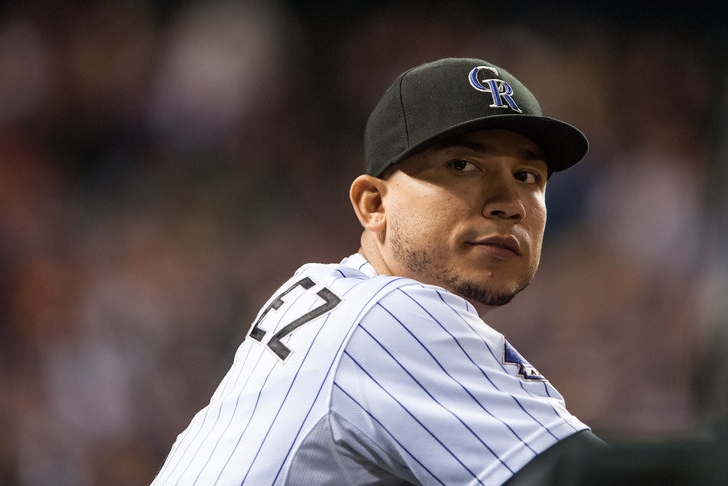 Rockies OF Carlos Gonzalez underwent exploratory surgery on his left index finger Tuesday, and the operation discovered a tumor which was then removed.

#Rockies trainer Keith Dugger says docs removed a small tissue or tumor which will be biopsied. These masses are common, usually benign

Gonzalez has been seeing doctors due to swelling in the index finger for some time, and the possibility of a foreign body causing the swelling was raised when Gonzalez underwent a hand examination in late May. Gonzalez tried to play through the swelling, but an inflammation on Tuesday sent him back to the 15-day DL.

Rockies doctors then recommended the exploratory surgery, which found and removed the tumor. No timetable has been set for his return.