3 Bold Predictions For The 2015 Colorado Rockies 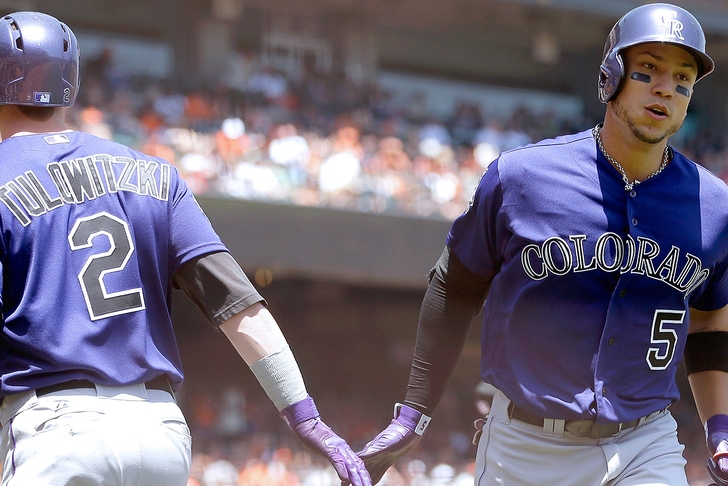 The 2014 Colorado Rockies suffered their fair share of bad luck, trudging through major injuries and inconsistency en route to a 66-96 record -- two games ahead of the NL West cellar-dwelling Arizona Diamondbacks.

Colorado kept the band together for the most part this offseason, hoping that improved health for stars Troy Tulowitzki and Carlos Gonzalez will do the trick in the Mile High City. Are the Rockies destined to improve? Are there more problems coming down the turnpike? Here's our 3 Bold Predictions For The 2015 Colorado Rockies.

CarGo was besieged by injury in 2014 before being shut down completely in mid-August after knee surgery. If he can stay away from the doctor's office (and he should), Gonzalez's naturally sweet swing will bring him back amongst the game's elite -- leading to a .300/.370/.519 slash with around 28 home runs and 112 RBIs.

2. Jordan Lyles will find his groove

3. Colorado will lose 65 games on the road

The Rockies were an impressive 45-36 in 2014 at Coors Field and a dreadful 21-60 away from the altitude. Colorado's already suspect starting rotation loses its edge when forced to face opposing teams near sea level, while the Rockies' hitters see doubles and home runs turn into fly ball outs. In an improved National League and an even-tougher NL West thanks to the revamped San Diego Padres, Colorado's road woes may get even worse.