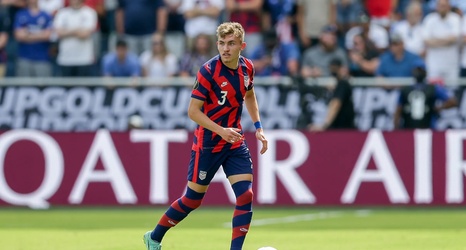 Colorado Rapids midfielder Kellyn Acosta was in the mix as the quick goal developed in Children’s Mercy Park. Acosta took the ball off the boot of teammate Gianluca Busio and sent a swift pass out wide on the left side to a surging Sebastian Lletget.