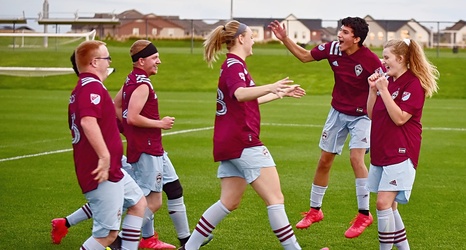 *All photos in article and gallery by John A. Babiak (@Photog_JohnB)

The Colorado Rapids’ Special Olympics Unified Team concluded their preseason play last night at Dick’s Sporting Goods Park with an impressive victory over a strong Colorado Rapids’ Front Office and Soccer Operations team. The contest, the second of two friendlies that the Unified Team has hosted since it was formed this past July and August, took place on the first team’s training pitch before a crowd of supportive spectators.