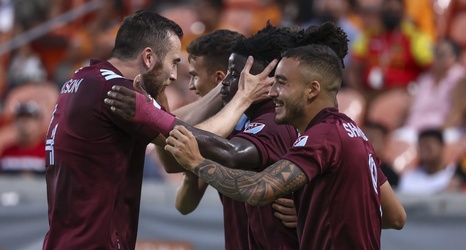 In a typically hot and muggy summer night in Houston, the Colorado Rapids defeated the Houston Dynamo 3-1.

The Burgundy Boys got the lead early when Lalas Abubakar found the back of the net off a corner from Jack Price in the 5th minute of the game. (It was Price’s 26th career assist for the club, tying him for 5th-most in Rapids history.)

As first-half stoppage time was winding down, Houston was awarded a penalty after Michael Barrios took out Maynor Figueroa from behind. Fafa Picault steps up for the shot and ties it up 1-1 going into half-time.