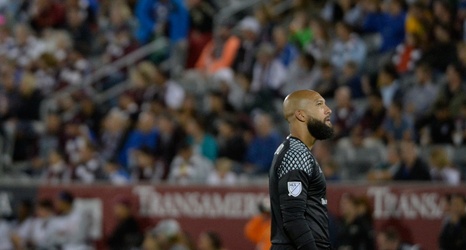 COMMERCE CITY — Needing a win to keep alive their slim playoff chances, the Colorado Rapids turned in one of their best performances in years Sunday, defeating FC Dallas, 3-0.

Entering the day, the Rapids were six points out of a playoff spot. The victory and a San Jose draw have the Rapids still alive for the seventh and final playoff spot entering their final game on Sunday.

In goalkeeper Tim Howard’s final home game, Colorado got ahead quickly and received some nice saves from the headliner. Howard made one last magnificent stop in the 31st minute and Diego Rubio netted the club’s first direct free-kick goal of the season to end the first half.