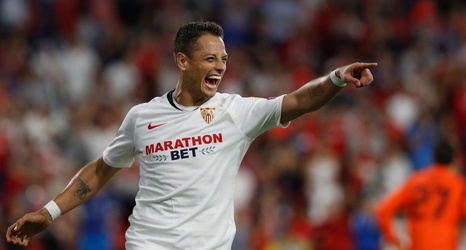 LOS ANGELES — The LA Galaxy have signed Javier “Chicharito” Hernández, bringing the Mexican star back to North America after a lengthy career in Europe.

The Galaxy announced the long-gestating deal Tuesday for Hernández. The striker will participate in his first training session Thursday.

Hernández is a designated player for the Galaxy and the effective replacement for Zlatan Ibrahimovic, who signed with AC Milan this winter after two outstanding seasons stateside. He will also be a compelling rival to Carlos Vela, who won the MLS MVP award last season during a record-setting performance for Los Angeles FC, the Galaxy’s upstart crosstown foes.