Wright And Rudy Named CU Athletes Of The Week, Presented by Arrow 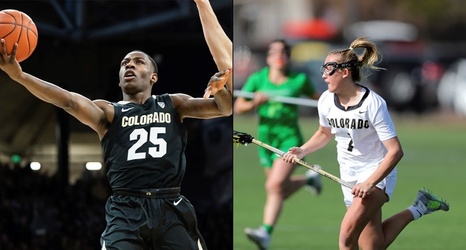 Wright, a junior from North Robbinsdale, Minn., capped off the regular season with 20 points, six rebounds, and six assists.at Utah. It was his fifth 20-point game of the season and sixth consecutive game with 10 or more points. Wright finished the regular season averaging 14.2 points, 5.6 rebounds and 5.1 assists per game.

Rudy, a sophomore from Novato, Calif., led CU in a pair of wins last weekend, putting up 16 points in two games.