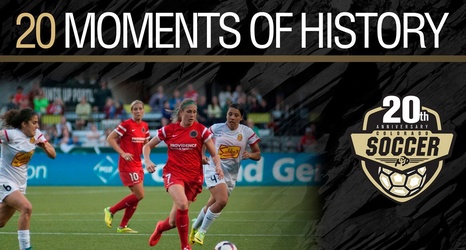 BOULDER – graduated from CU in 2010. What she left behind was a legacy of soccer that has yet to be matched by a Buff before or after Marshall was done tearing up the Big 12. But Marshall's time at CU was only the beginning of her career, and when Marshall's time at CU was over she was more than prepared to play at the next level. And in the 2010 selection draft of the Women's Professional Soccer league, the Washington Freedom took Marshall seventh overall giving Marshall the opportunity to take her talents for the beautiful game to the professional ranks.