Tommy And Forejtek Named CU Athletes Of The Week, Presented By Arrow 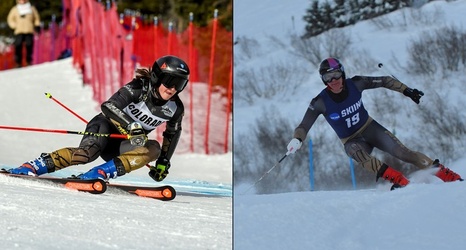 BOULDER – Skiing's Mikaela Tommy and Filip Forejtek were named the CU Athletes of the Week, presented by Arrow, for the week of Feb. 24 – Mar.1.

Tommy, a senior from Wakefield, Quebec, won the RMISA Individual Championship in the giant slalom and took second place in the extra qualifier GS race to continue an unprecedented season in CU history. She has now won five of six GS races this season, taking second in the other, and is CU's single-season leader for GS wins and CU's career leader for GS wins. Her nine podium appearances this season are third-most in CU history and her five wins are also tied for third-most in CU history for a single season, combining slalom and GS.