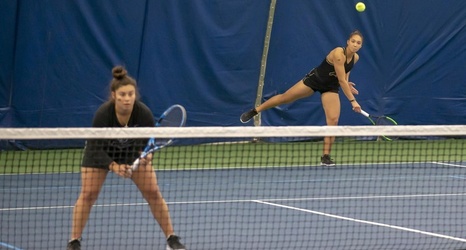 Colorado (5-3) fell to the undefeated Mustangs (6-0) without picking up a single match. Despite numerous close sets, the team only picked up a single set in the No.4 singles match where took the second set of her match 6-2. She fell in the first set 7-5, then lost a pro-set tiebreaking third to drop the match.

The Buffaloes had set losses of 7-5 or closer in five of the six singles matches.