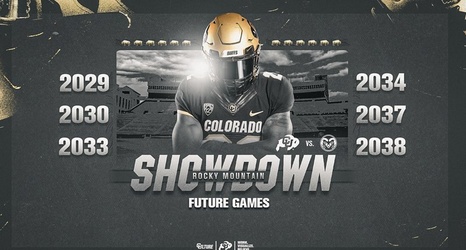 CU-Colorado State to play eight times over next 18 years

BOULDER – The Rocky Mountain Showdown might be on temporary hiatus for the next two years, but the series will go on as the University of Colorado and Colorado State University jointly announced Tuesday a six-game series that will have the schools play in a two-on, two-off format beginning in 2029 through 2038.

The contract, finalized and signed over the last couple of weeks, adds three home-and-home meetings to one already on the books, bringing the total to eight games over the next 18 seasons.