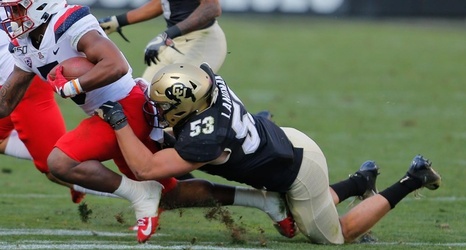 BOULDER — Six University of Colorado football players earned All-Pac-12 Conference honors from the league coaches for this past season, as the team was released Tuesday.

Junior inside linebacker Nate Landman earned first-team honors, the only Buff to make the top tier. He is the first Buffalo inside 'backer to earn first-team all-conference honors since CU joined the Pac-12 in 2011, and the first Since Jordan Dizon made the All-Big 12 first team in 2007.

Landman led the team in tackles for a second straight year with 137, the most by a Buffalo since Dizon recorded 160 in 2007.