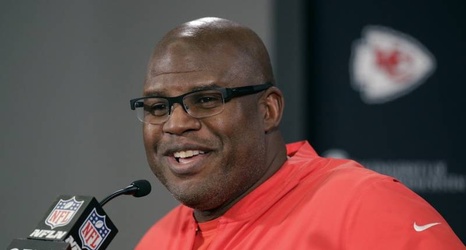 Colorado has reportedly reached out to Kansas City Chiefs offensive coordinator Eric Bieniemy to gauge his interest in the open football head-coaching job, according to Adam Schefter of ESPN.

"Nothing imminent," a source reportedly said. "EB is doing his due diligence."

The Buffaloes have an opening after Mel Tucker left to take the same job at Michigan State. He went 5-7 in his one season with the program.

Landing Bieniemy would seemingly be a dream scenario for Colorado, considering the coach's success at the NFL level. He led the No.