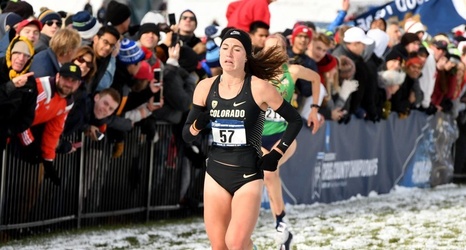 Morley, who has exhausted cross country eligibility but has an indoor and outdoor track season left, finished the race in 53 minutes, 17 seconds. The only racer to beat her was Sara Hall, who has now won the championship three straight years. Hall finished just six seconds before Morley (53:11).

Morley ran a very smart race, which included hanging tough in the final mile with Hall. Morley ended up finishing 27 seconds ahead of the third-place finisher Katy Jermann (53:47).