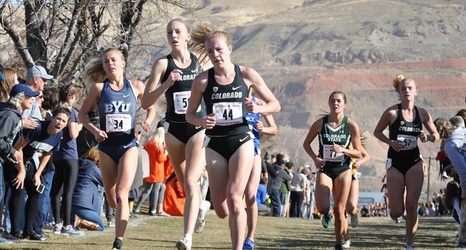 NEW ORLEANS — The University of Colorado cross country teams are both ranked in the top 10 of the USTFCCCA Poll as they prepare to compete at the 2019 NCAA Championships this Saturday, Nov. 23, in Terre Haute, Ind.

Colorado's men moved up from third to second this week, which is their highest ranking this season, while the women are now ranked 10th.

The CU men are coming off a runner-up finish at the NCAA Mountain Region Championship where they defeated then-No. 2 BYU 53-56. Top-ranked Northern Arizona won the meet with 21 points. Colorado put all five of its scorers in the top 20.