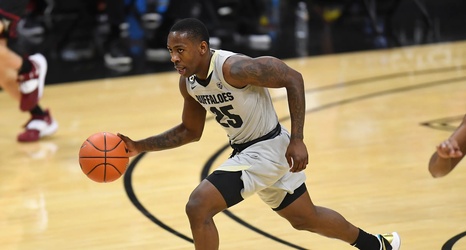 Colorado Buffaloes guard McKinley Wright IV will be one of 69 prospects to attend the NBA Draft Combine. The pre-draft event will be from June 21-27 in Chicago, Illinois.

Wright, a three-time All-Pac-12 first team selection, will hope to improve his stock ahead of the NBA Draft on July 29. The combine will give him a chance to speak to teams one-on-one, compete in five-on-five games, test his strength and agility, and show off his jump shot.

Despite his record-setting career, Wright is projected to be undrafted by just about every media outlet. Many writers don’t even have him in their top-100 prospects.