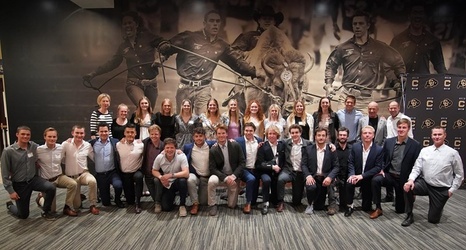 BOULDER—The Colorado Buffaloes Ski Team took part in it's end of season banquet Tuesday and coach Andy LeRoy handed out the team's annual awards as part of the process.

The Dick Schoenberger Award, annually given to the team's MVP, was awarded to Filip Forejtek. Forejtek was named the National Men's Alpine Skier of the Year, won the Individual NCAA Championship in the GS race at the NCAA Championships, picked up two All-America honors, the RMISA Men's Giant Slalom MVP award and All-RMISA honors. He won three races and was just the fourth men's alpine skier to win a race in both disciplines in the past 27 seasons.