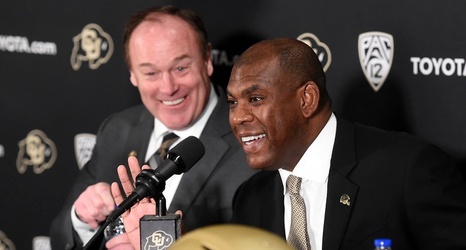 Two options, Rick George: Get real, or get plucked.

For $1.9 million, a Big Ten program could’ve swooped in and had Mike MacIntyre in February 2014, only 14 months after he’d originally signed on at CU.

Throw in Midnight Mel Tucker’s $3.0 million escape clause, and the last two barriers between the Buffs and a royal poaching of your football coach following Year 1 averaged out at … $2.45 million.

Or 1.8% of Nebraska’s athletic department expenses during the 2017-18 school year. A proverbial drop in the Big Red bucket.