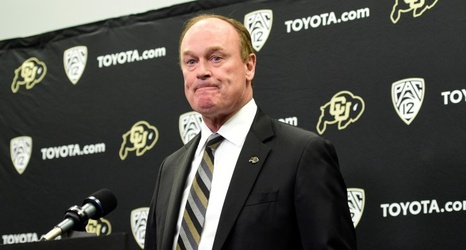 BOULDER — Circled by forlorn looks and scorched earth, Rick George put on the bravest face he could.

“The way that we continue the trajectory that we’re going is, we’ve got to bring good people in there,” the CU Buffs athletic director said Wednesday as his former football coach, Mel Tucker, was whisked away by plane to Michigan State.

“We’ve got to give them the resources that they need to be successful. I think we’re doing that.”

Of course, in Power 5 football, the bar for “successful” resources, the price of doing business, keeps climbing.

Tucker reportedly received a six-year contract from the Spartans — mired in the brutal Big Ten East and little brother to Jim Harbaugh at Michigan — worth an average of $5.