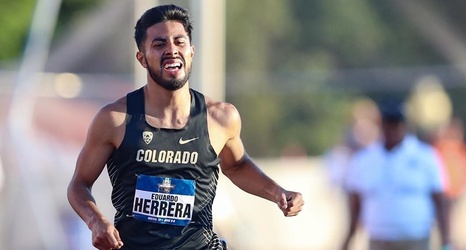 EUGENE – It didn't take more than a race for Colorado Track and Field's Eduardo Herrera to make history as he won the men's 5,000 meter run in the Hayward Premiere in 13:24.46 Friday evening here.

Herrera's mark is good for second in school history, bettering the likes of Jorge Torres, Dathan Ritzenhein, Adam Goucher, Alan Culpepper and more. What makes this feat more impressive is the fact that Herrera posted a 33-second personal best on the track today as his best collegiate 5,000 outdoors was 13:57.35.