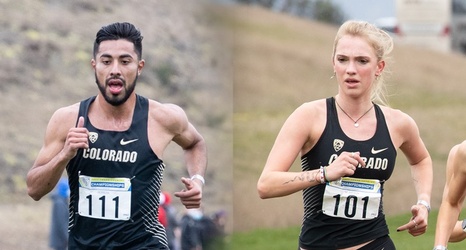 BOULDER – University of Colorado senior Eduardo Herrera has been named the Pac-12 Conference Men's Cross Country Athlete of the Year as announced by the conference office Wednesday.

Herrera picked up the honor after winning the individual conference title on March 5. He won the 8-kilometer race in 22 minutes, 30.9 seconds and defeated the runner-up by 11 seconds to become the second straight Buffalo male to win the individual crown. After winning the title, Herrera was named CU's second USTFCCCA Men's National Athlete of the Week in cross country on March 6.