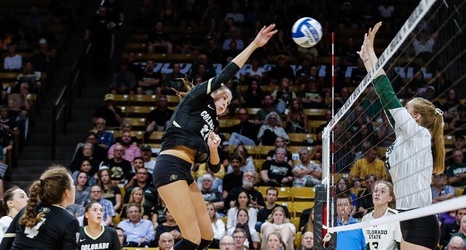 Hart hopes she and her teammates can recreate some of that early season success when they travel to Northern California this weekend for a pair of matches at Stanford (Friday) and Cal (Sunday).

Hart, a transfer from Iowa State, was named Pac-12 Defensive Player of the Week after hitting nine kills and having 11 blocks in sweeps against the Big Ten opponents. Also, in a match against Oakland, she recorded 10 kills on 12 swings without an error to break the school record for both a four-set match individual and sophomore match hitting percentage record at .