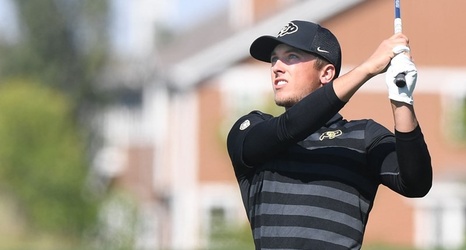 ALBUQUERQUE — The University of Colorado men's golf team closed out its fourth tournament in the month of September here Saturday with a seventh place finish in the University of New Mexico's William H. Tucker Intercollegiate.

BYU overtook first day leader UNLV to capture the team title, winning with a 16-under 848 score; the Rebels wound up two behind at 850. Pepperdine and Arkansas held their positions of third (851) and fourth (860), respectively, while host New Mexico rounded out the top five with a 1-under 863.

Colorado essentially got off to a poor start and dropped from fifth entering Saturday's play into seventh; the Buffs turned in an 8-over 296 and finished at 6-over 870.