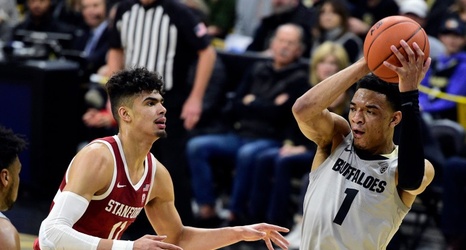 Sunday morning had to be a rather fulfilling one for the Colorado men’s basketball team.

Not only were the Buffaloes coming off a memorable win Saturday afternoon against Stanford, surviving an emotional scene following a head injury to Cardinal star Oscar da Silva before putting together one of the biggest comeback victories in program history, but CU received plenty of help later Saturday evening from its rivals across the Pac-12 Conference.

First, UCLA held Arizona to its lowest shooting percentage in the 47-year history of the Wildcats’ McKale Center, with UA shooting just .254 in a loss that nudged the Wildcats further behind Pac-12 front-runners CU and Oregon.