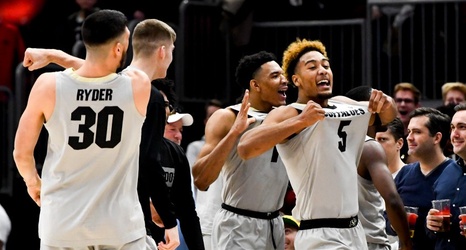 BOULDER – During the predawn hours last summer, CU’s D’Shawn Schwartz planted the seeds for the breakout season he’s having this winter for the 16th-ranked Buffs.

He convinced his trainer, Trey Harris, to buy a shot machine so he could shoot at 5 a.m. each morning in his hometown Colorado Springs gym, where the former Sand Creek star sank 500 shots a day. It was a grind that allowed him to sharpen his shooting mechanics as well as his mental toughness.

“We were monitoring the trajectory of the ball, we were counting swishes, how his feet were set, how close his feet were together,” Harris said.