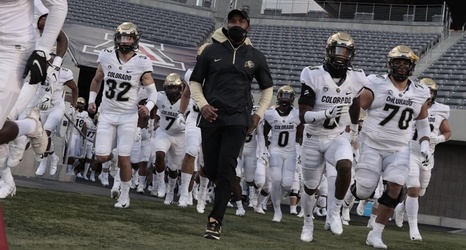 Joins An Impressive List of Previous Winners in the Biz

BOULDER — The University of Colorado's Karl Dorrell was named the Football Writers Association of America's (FWAA) "First Year" Coach of the Year, an honor bestowed on a head coach in his first season at a school.

A coach could have been a head coach at a previous school (Dorrell was at UCLA from 2003-07); the FWAA created the honor in 2002 coinciding with its Freshman All-America team to recognize a coach taking over a program and acknowledging the success he had with his new school (or in his new role if promoted from within).