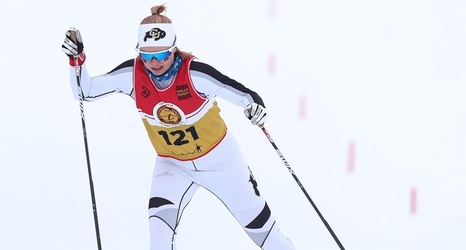 MIDWAY, Utah--Freshman Anna-Maria Dietze had the best finish of her career, but she was one of the only bright spots for the Colorado Ski Team, which struggled its way to fifth place after the first day of action in the Utah Invitational here Friday at Soldier Hollow.

Dietze finished fourth and she and junior Hedda Baangman, who finished 10th, were the only top 10 finishers in either the women's 5K or men's 10K races for the Buffs. The women's team scored 70 points, which put them in a three way tie for second in that race, but the Buffs sit in fifth place with 120.