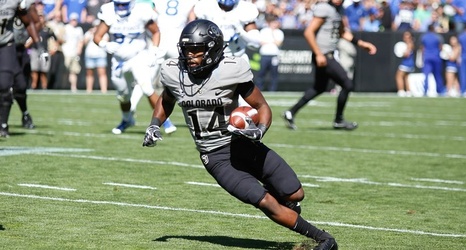 The Pac-12 Conference announced Sunday afternoon that the Colorado-Southern California football game this Saturday, Nov. 28, at United Airlines Field at Los Angeles Memorial Coliseum will kickoff at 1:30 p.m. MST (12:30 p.m. PST), with ABC to televise the game to a national audience.

It will be the Buffaloes' first afternoon game on ABC since a 33-28 win at Nebraska on Sept. 8, 2018; the Buffs lost to Utah on the network in the prime time slot last November. The only other ABC game featured in CU in the last 10 years came in 2011 when the Buffs lost at Ohio State, 37-17.