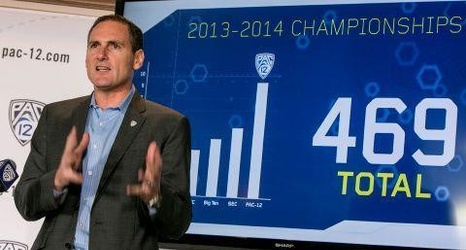 On the plus side, the CU Buffaloes got 5 percent more from the Pac-12 in 2018 distributions than in the previous fiscal year. But the Buffaloes’ per-school payout from the Pac-12 still trailed their former Big 12 compatriots — and trailed what old rival Nebraska reportedly took in from the Big Ten by almost $23 million.

The Pac-12 announced Monday that it provided to CU and other member schools an actual cash distribution of $31.3 million for 2018. That’s an increase over 2017’s $29.9 million, but it also included money held over from the league’s Rose Bowl reserves, which the Pac-12 withholds from league members two out of every three years.