Colorado’s coaching search: The ideal model, a list of names and one shot in the dark-turned-light 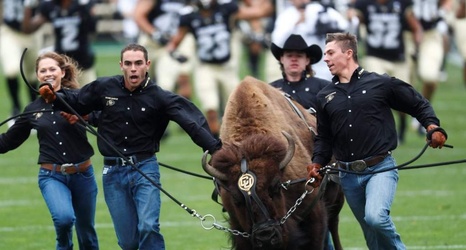 We’ve got names for the Colorado search, of course we do.

But first, let’s address the image and likeness: Ideally, the Buffaloes hire the football version of Tad Boyle.

That candidate outline appeared on our radar Wednesday afternoon, straight from the mind of a longtime Colorado observer, in the aftermath of Mel Tucker’s one-and-done.

Boyle is in his 10th season in charge of the CU basketball program.

He’s been in Boulder longer than Colorado has been in the Pac-12.

And after the upheaval of the past five days, when Tucker pondered the Michigan State vacancy … and then publicly committed to CU … and then reaffirmed that commitment at a donor function on Tuesday evening (per a source) … all while his agent negotiated a deal with Michigan State … after all that, the Buffs could use some stability.