Colorado Takes No. 6 Stanford to the Brink 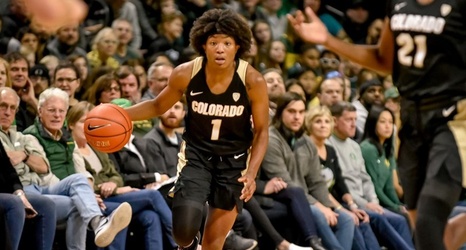 STANFORD, Calif. – Colorado's women's basketball team gave No. 6 Stanford a run for its money at Maples Pavilion on Friday night. A last-second Cardinal basket forced overtime and the home team outlasted the Buffaloes in the extra time, 76-68.

Junior Mya Hollingshed hit a would-be game-winning 3-points with 1.6 seconds to play in regulation, giving Colorado a 64-62 lead. The lead wouldn't hold as Stanford got a quick layup of the inbound play and tied the game at 64, forcing overtime.