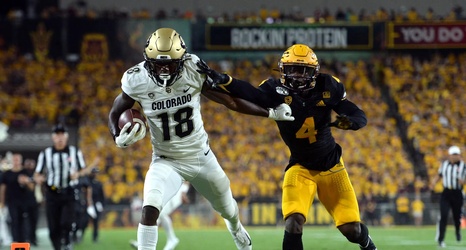 On Saturday night, the Colorado Buffaloes strolled in to Tempe, Arizona to get a critical win over the Arizona State Sun Devils. It was weird and it was physical, but the Buffs were tough as hell to beat the Devils.

The Buffs got off to a great start as they took a 14-0 lead in the first quarter. Colorado has struggled early in each of their three previous games, so it was a surprise to see them move the ball effortlessly against a Sun Devils defense that had allowed 21 points total in three games. Alex Fontenot was first on the board with a one-yard rushing touchdown, then Tony Brown joined him on a 29-yard catch on a deep ball from Steven Montez.