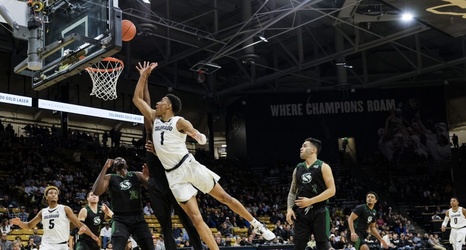 Junior forward Tyler Bey starred in the MGM Main Event Tournament in Las Vegas on Nov. 24 and 26. The Las Vegas native recorded back-to-back double-doubles in a pair of victories over Wyoming and Clemson. The Buffs were forced to come from behind against Clemson, but eventually pulled off the win in the closest margin of victory so far this season, 71-67.

Defense won the game for the Buffs against Clemson in the final minute, with junior guard McKinley Wright IV stripping the ball from a Tiger guard and earning a trip to the charity stripe.